6 Games You can Play Outside

Your child is hyper, and the internet is down? Not to worry, we got you covered. Think back to when you were a child, and kids didn’t have all this fancy… I’ve just realized I’ve become my grandpa. Regardless, there are a ton of games that require just a few friends and very few things in order to have a good time.

This is a classic for a reason. You can play it one-on-one with your child, or get a few others involved. One, or a few players (depending on the number of people involved) can have the role of the seeker. The others hide. The goal for the seeker is to find everyone who’s hiding. The goal for the kids hiding is to stay hidden or touch home base before the seeker. Just make sure you are playing in a controlled environment, where you can see your children at all times. No dangerous hiding places!

This is perfect if you want the little tyke to tire quickly since all you have to do is play a good game of tag. It’s just a chasing game, where you have to touch the person you are chasing. Then they become “it”, which means that they are the ones doing the chasing. It’s a healthy physical activity in the sun that may make the little ones go to sleep sooner.

Now, this is a game that requires a group of kids. Well, it would be more accurate to say you need two groups. Each group faces the other while forming a line and holding hands. Then one group chooses a player on the opposing team for the challenge, and chants: “Red Rover, Red Rover, send (player’s name) on over!”
The player in question then runs at the opposing team at full speed, trying to break the chain between two children (both teams usually target the weakest links first). If they succeed in breaking the chain, they come back to their group victorious, bringing one captured player from the opposing team. Should they fail, however, they become a part of the opposing team.

This is a one-on-one clapping game. There is a sequence of claps that usually goes: right hand, left hand, and then both hands. This is just one of the options, as sometimes players prefer to have elaborate clapping sequences. There is a chant that follows it, which is a very popular and old nursery rhyme. The Mother Goose version of the chant goes:

Patty Cake, Patty Cake,
Baker’s Man;
That I will Master,
As fast as I can;
Pat it and prick it,
And mark it with a T,
And there will be enough for Tommy and me. 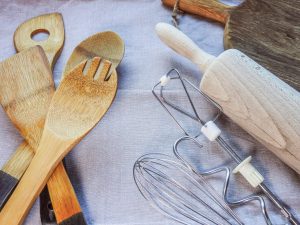 You can turn this into an educational thing, with the opportunity for your child to learn something new. It doesn’t hurt anyone, regardless of gender, to know how to cook certain things. Though, if you’re playing in the yard, you will most likely be making mud pies. Your younger kids are going to love it.

Your child, no doubt, already has their own idols on TV. They could be a part of an action-packed team that saves the day, like the Ninja Turtles. They could also be Dora the Explorer. As a parent, it is your job to be the villain, along with side-characters.