Quotes That Set the World on Fire!

We love quotes because they give us a way of thinking many of us relate to. If you’re a pacifist, you’ll like Gandhi. If you are looking towards the future, you’ll follow Elon Musk. And if you like games of chance, aside from reading reviews such as the review of 888casino, you know that it’s every man for himself, since “at the gambling table, there are no fathers and sons” (Chinese proverb). You’ll even quote Edmund Burke: “Gambling is a principle inherent in human nature.”

Quotes are powerful. So, it comes as a shock to find that persons of history have said certain things that were controversial then, and are controversial now, to say the least. There was no media coverage that responded instantly when these words were uttered, but we can, and will, review them now.

Do You Nag? – Martin Luther King

Yes, he did have a dream, and the world was very lucky to have him. That being said, Martin Luther King was not without flaws. He would argue that the woman’s job is to be a mother, and when a woman wrote to him in his column, asking about how to deal with a cheating husband, King responded with: “Do you nag?” He went on to advise the woman to look at her husband’s mistress and learn from her. Yikes! 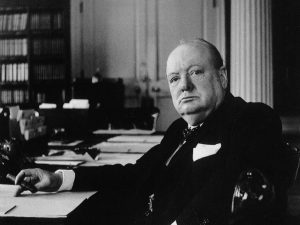 He fought them “on the beaches”, but what’s shocking is that Churchill agreed regarding the basic ideology of the Nazis. One of his darker quotes demonstrates this perfectly: “The Aryan stock is bound to triumph.” This wasn’t the only quote of his that promoted white supremacy. He believed that colonization and the destruction of native cultures were not just natural, but expected, as he perceived colonizers to be vastly superior in every respect.

Mother Teresa on the Poor 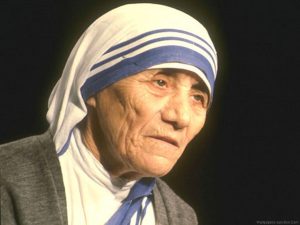 She is known for helping the poor, but did you know she loved it? Let me rephrase that – were you aware that she loved the fact that the poor were suffering? “There is something beautiful in seeing the poor accept their lot, to suffer it like Christ’s Passion. The world gains much from their suffering.” While this quote can be seen as somewhat misguided overzealousness, Mother Teresa didn’t use much of the donations to help feed and treat the poor. In fact, she was focused on converting people, while she had all the food and care she needed. That’s some serious MLM. Is nothing sacred?

Why, yes. Yes, we are. You knew he had to be on this list – Donald Trump has been saying things that are pretty out there. For example, in spite of being known as a self-promoter (we are talking about a guy that goes to other people’s rallies to talk about himself), he said: “I think I am actually humble. I think I’m much more humble than you would understand.” Who, but a humble man would publicly utter something like: “My father gave me a small loan of a million dollars.” If you want your share of these gems, just follow President Trump on Twitter.