We might think that sports are played the same in every country and every competition. In truth, many of the sports disciplines and events have different standards in different countries, or just on different continents. If these differences become extreme, then we get new sports.

Basketball is one of the sports played everywhere. In fact, it’s the seventh most popular sport in the world. Today, we are going to discuss the difference in rules in NBA, FIBA, and NCAA. 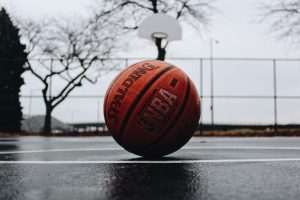 While NBA games we know and love have four quarters of 12 minutes each, the International Basketball Federation, and the National Collegiate Athletic Association like their basketball games somewhat shorter. FIBA’s quarters are 10 minutes long, and NCAA has a half-time of sorts. There is one common point here – there are 5 minutes of overtime in all basketball-oriented organizations.

Speaking of time, there is the issue of time-outs as well. NBA loves time-outs and has the most of them – 6 with 2 for overtime, and has the option of carrying over their remaining time-outs. FIBA is not as forgiving, giving the teams 2 time-outs in the first half, 3 in the second half and just one for overtime. NCAA uses about as much time but spread out differently – 4 time-outs with 30 seconds each, plus 1 of 60 seconds.

There are not many differences when it comes to individual fouls. NBA allows for 6 fouls or two technical fouls before you’re disqualified from playing. NCAA and FIBA each bench players that hit 5 fouls, whether they are technical or not. 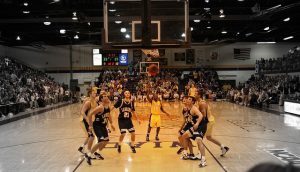 As for the technical fouls, FIBA will not only give you a free throw, but also the possession of the ball. NBA allows a free throw per technical foul, but you can resume the game right away. NCAA gives two free throws, which might seem backwards when you consider team fouls – NBA and FIBA award 2 free throws, and NCAA allows for just one. 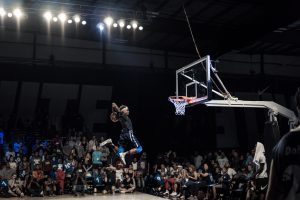 FIBA allows the players to fight for the ball once it touches the rim of the basket. However, players in NBA and NCAA don’t have this privilege – it is considered a violation to touch the ball if there is a chance that the ball is going to make it into the basket. There is an imaginary cylinder with the basket as its base. You are not allowed any contact with the ball while any part of it is inside the cylinder.

There is a rule in the NBA that is not present in other associations. It is called the defensive three-second violation, or an illegal defense. It occurs when a player is bent on defending the basket that they spend more than 3 seconds in the free-throw lane while not guarding a player form the opposing team.

This rule can often be circumvented with some of the exceptions, like when it seems obvious that the player in question is leaving the area, or there is a change regarding ball possession. You can stay in this zone for more than 3 seconds if a player is shooting, as well.