My son is into demotivational posters. Apparently, it’s a thing that has been around for a while, mocking motivational posters with inspiring pictures and messages. Myself, I have always found inspiration in those little things, and not just them.

From time to time, I would come across a quote by a known general, inventor, or revolutionary, and I would start feeling better about my day, ready to take on the world. But, why is that, exactly? What makes us able to tackle life from an early morning within those few words? I have decided to find out. 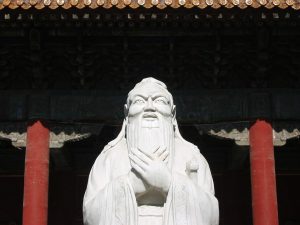 One of the reasons the quotes sound like a piece of other-worldly wisdom is the actual people who said them. Sun Tzu was a military strategist, so it makes sense that he would know how to command a group of people and get results. Confucius was a philosopher and a teacher. He was well aware of the types of words that inspire people.

The ‘who’ is a pretty big deal, since I would definitely follow the advice of a pacifist like Gandhi, and ignore anything that has to do with monsters of history. We see sentences uttered by greats, and we feel that, if we follow their example, we are drastically improving our lives or the world.

One of the factors in finding which sayings and quotes inspire us is the way words are phrased. People whose quotes we enjoy to put on our social media accounts were wordsmiths as well. This means that they rarely had the problem of finding le mot juste.

Proper expressions are often appreciated for their humor and wittiness. One of my personal favorites is the quote by Don Marquis, which goes something like this: “When a man tells you that he got rich through hard work, ask him: ‘Whose?'” I like it because it doesn’t just imply that the person who is addressing you is lazy, but also privileged and detached from reality. It is this kind of wording that inspires a person since it is memorable.

I mentioned my son earlier, and his knack for cynicism. His favorite is: “Quitters never win, winners never quit. But those who never win and never quit are idiots.” It is his way of saying he will put no effort whatsoever at the first sign of trouble, but I digress.

Pretty similar to folk wisdom and sayings, it is something you repeat over and over again in certain situations. It is your partner, as well as your comfort. Your achievement is not recognized? Well, “Everything has beauty, but not everyone sees it”, Confucius. You are low on funds? “Wealth consists not in having great possessions, but in having few wants”, Epictetus.

It is a modern person’s prayer, a piece of ancient wisdom to guide you through the dark times. There is a quote out there for every possible situation, as they display the full effect of the human condition. They make us believe we are not alone, and the problems that we are facing now, so many have faced before us.