Things You Should Know About Gaming Addiction

Since we are spending so much more time online than before, chatting, finding bookmaker offers, and working, we can say that spending time online takes a huge part of our daily routine. It is the same with technology and video games especially. Now, there is nothing wrong with playing video games – they are fun and they can help us de-stress as well as learn a few new skills. But playing games to the point where it interferes with the rest of your life isn’t that good. Let us dive into the problem of gaming addiction – what it is, why it happens, and what to do about it.

Games, online and mobile games more so than others, have a system of stimuli to keep the players engaged. On its own, this isn’t a big issue – every product by every company has the goal of making you come back for more. That being said, a huge number of online games use the same tricks games of chance do. The bright lights, quantifiable success, and noisy audio make the real world seem mundane, but there’s more.

There is a chemical in our brains called dopamine. In layman’s terms, it is a neurotransmitter that makes us excited when we are expecting something, usually a reward. It lights up our neurons when something good happens, or at least something we perceive as good. So, dopamine is present in greater quantities when people play games of chance or are using drugs. Do a search online for loot boxes – that is a problem that deserves its own research papers. 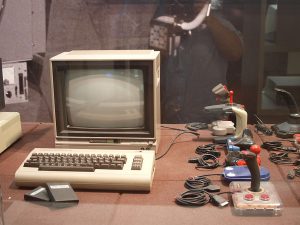 The reason it is easy to get addicted is that, sometimes, people’s lives are not fulfilling. If you are in a place in your life where people your age are in a relationship, getting married, have a good job and so on while your life stagnates, it is only natural to seal yourself into the world that tells you how great you are.

You may feel worthless in your real life, but you have an amazing score, an ultra-rare item, worldwide recognition for your achievements and so much more. In the game. It’s easier there. There are no unpleasant social interactions, no problems that can’t be solved with enough time or money. Unfortunately, the more a person gets invested in a game, the more they neglect their friends, partners, and family. Depression is right around the corner.

There is no need to stop playing games completely. However, it might be a good idea to take a breather for a while and re-evaluate priorities. After a while, when they think rationally about it, gamers realize that they don’t play for fun all the time, but out of a sense of obligation, and for an award.

The original purpose of games was to have fun with friends. If the potential addict in question can refrain from playing more than, say, five hours a week, there should be no issue. Otherwise, they should steer clear.